CITROEN MEHARI: A car for the future with a retro twist! 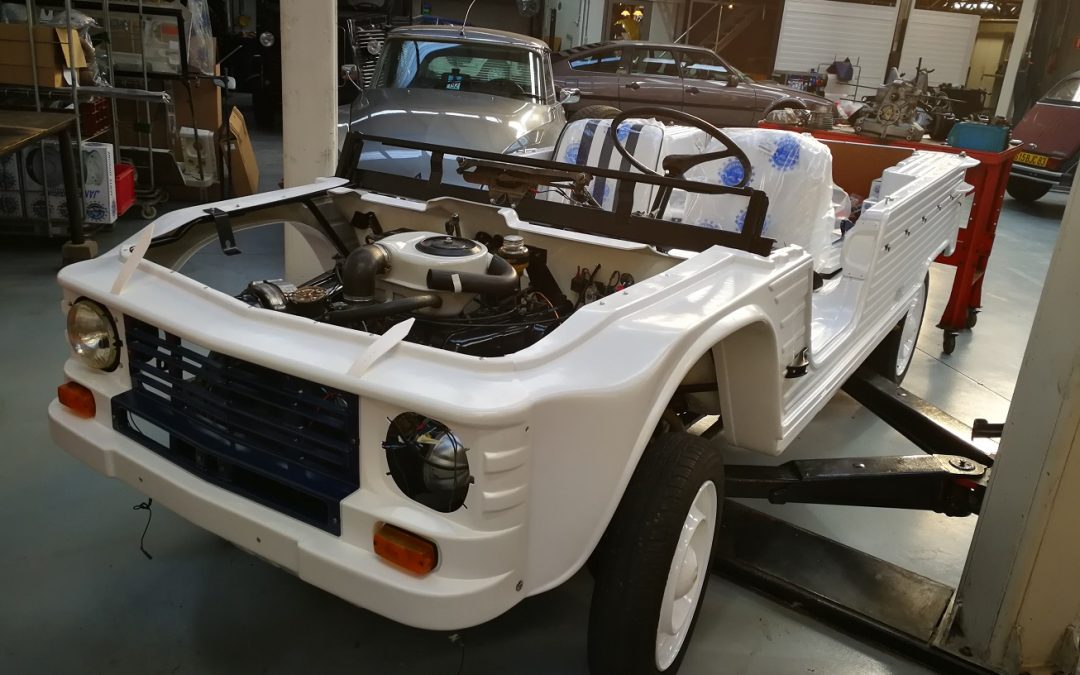 May 1968. While the students took to the streets of Paris, Citroën launched the Méhari in lovely Deauville. The seaside resort on the Atlantic coast provided the perfect backdrop for the presentation of this versatile, off-road brother of the 2CV. Or rather the Dyane 6, from which the Méhari borrowed the mechanical components.

Like the dromedary from which it took its name, the Méhari is a utilitarian vehicle. It can easily transport a payload of 400 kg and loading and unloading is facilitated by the tub design. But the Méhari shot to fame mainly as the quintessential fun car. In fact, you could find them on the streets of almost every French seaside resort in those days.

Perhaps this explains why the Méhari legend is being kept alive in the Southern French seaside resort of Cassis of all places. And why CQS Classics works closely with Méhari Club Cassis. The cherry on the cake is the Eden, a Méhari with an electric engine that is built in Cassis and is imported by CQS Classics. Or how the past and present are reconciled in one car today.

CQS Classics is also the right partner to keep your Citroën Méhari in tip-top driving conditions. Whether it needs servicing or a complete restoration, we will gladly take on the job. Because while the Méhari’s construction may look simple, appearances can be deceiving.

That is why at CQS Classics we often say that desperate situations call for desperate measures. We don’t believe in half measures, meaning we take a careful look at the car in its current condition, after which we draw up a detailed quote together with the owner. Our guarantee for carefree driving.