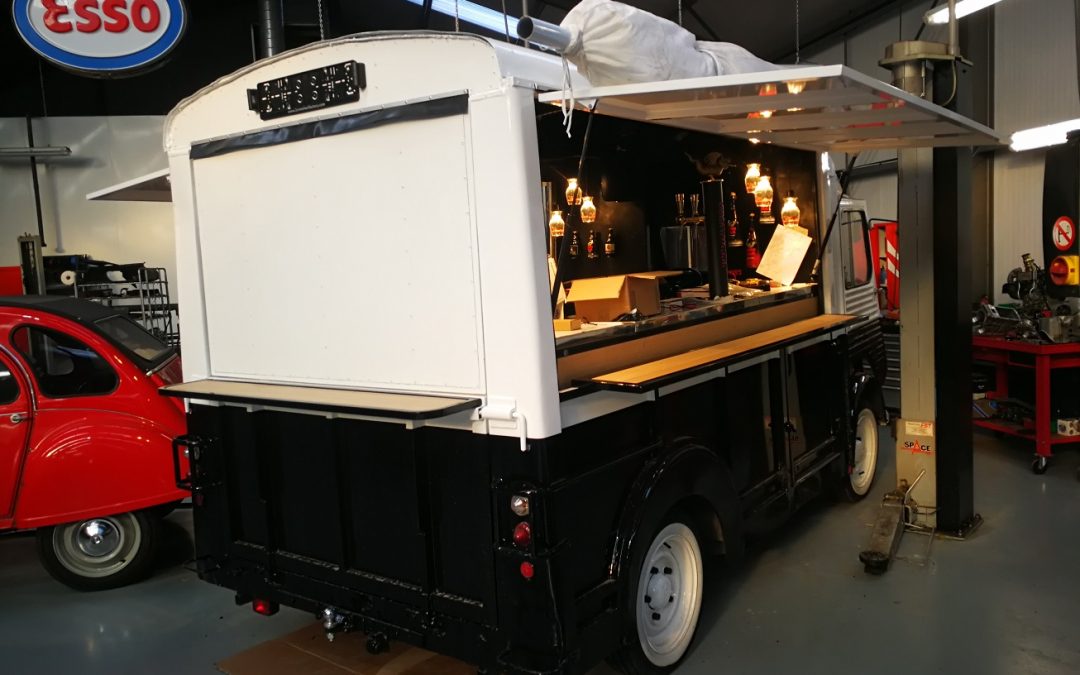 If you’re looking for an example of a full-on project, then this Citroën HY is probably a good place to start. The car, which was originally used to transport livestock, is transformed into a hip food vending van by CQS Classics.

It’s easy to see why the Citroën HY is such a popular food truck today. This versatile light commercial van, which was launched in 1947, is a typical Citroën: technically advanced, with an eye-catching design. In the HY’s case, its main selling point was its distinctive corrugated body.

The bodywork was deliberately chosen for technical reasons rather than style purposes. The corrugated sheet steel made the van much sturdier. Unlike most vans that were built in those days, Citroën’s H models had a monocoque structure. The traditional chassis beams had been replaced with steel sheets that had been welded together.

This feature, that made the Citroën HY so special then and now, means that the total restoration and transformation of such a van is a tricky job that requires a lot of know-how. The ribbed bodywork means you cannot use an orbital sander but need to restore it the traditional way, by hand.

CQS Classics has the knowledge to successfully complete every HY project. This popular van no longer has any secrets for us, enabling our specialists to offer knowledgeable advice and guidance every step of the way.

An example: a livestock van provides the perfect starting point for the conversion into a food truck. It’s higher and the structure at the rear is easier to restore because of the ‘smooth’ sections.